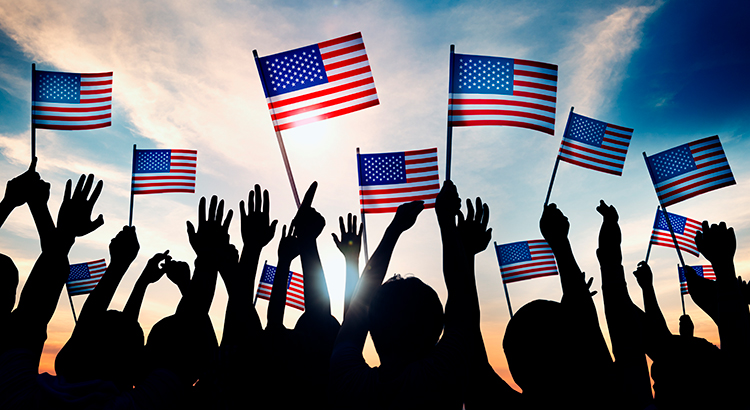 Forbes.com recently released the latest results of their American Dream Index, in which they measure “the prosperity of the middle class, and…examine which states best support the American Dream.”

The national index score was rounded out to 100.0 in January as a baseline for comparison and it rose the fourth straight month in a row to 101.8.

Alaska, coming in at 89.4, represented the lowest score on the index due in part to the recent collapse in oil prices. In contrast, Wyoming came in with the highest score at 115.1. The full results can be seen in the map below. 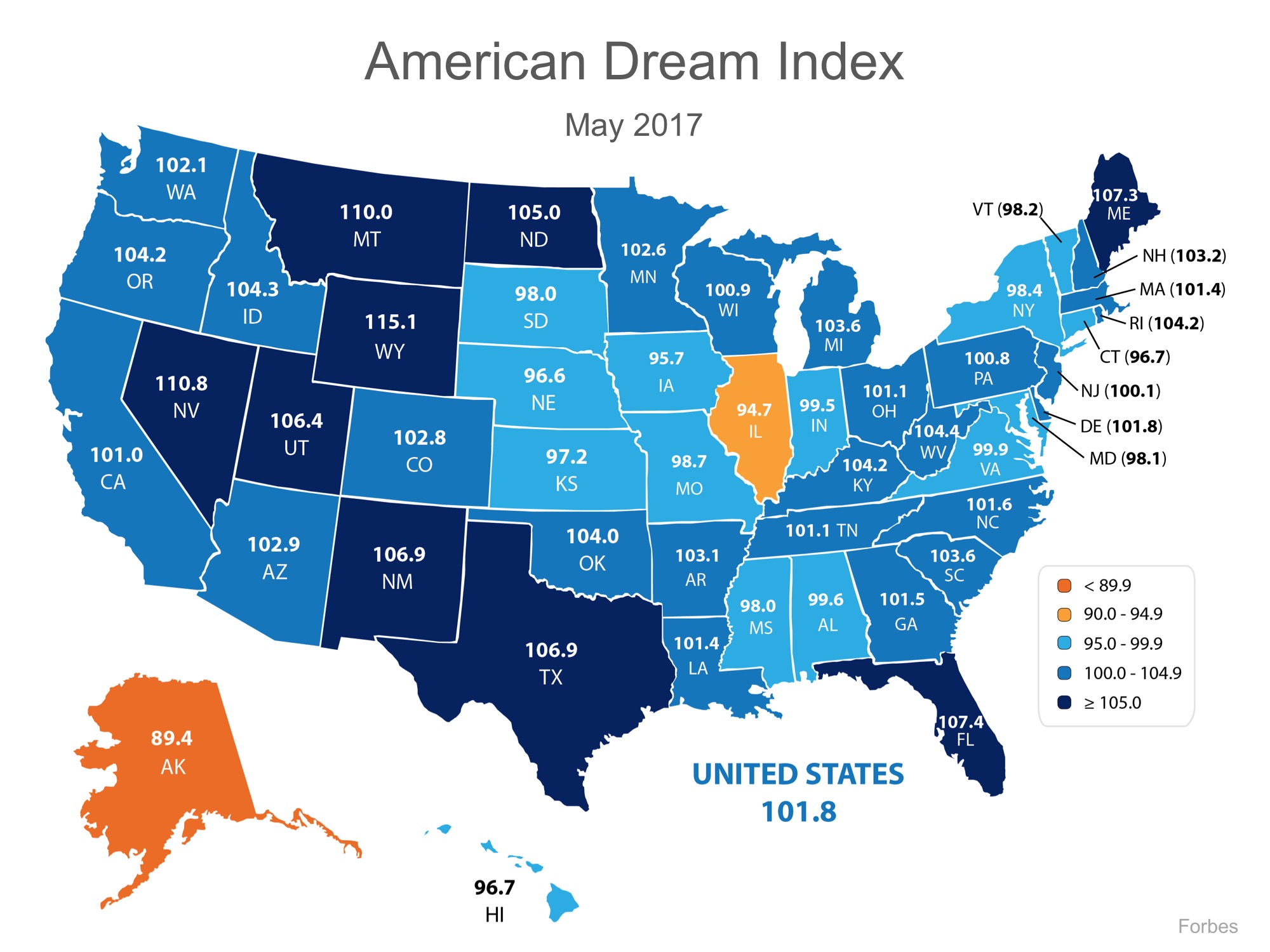 “The American Dream Index rose for the fourth straight month to 101.8 propelled by gains in goods-producing jobs and building permits, as well as declines in unemployment claims and mass layoffs.

Goods-producing jobs (manufacturing, mining, construction and agriculture) were up for the ninth straight month in May…Building permits rose for the fourth straight month compared to the prior year.”

The American Dream, for many, includes being able to own a home of one’s own. With the economy improving in many areas of the country, that dream can finally become a reality.

Your Opportunity to Achieve the American Dream Keeps Getting Better! was last modified: July 17th, 2017 by Brenda Jones